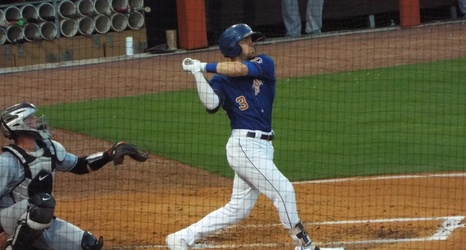 In my prior DraysBay post, I highlighted the Durham Bulls end of season run to win the Southeast Division Championship title of the Triple-A East League. They accomplished that by winning the first game of their last six-game series of the 2021 regular season, which was played against the Charlotte Knights (Chicago White Sox) at their home ballpark Truist Field in uptown Charlotte, North Carolina. The photo above shows the view of Truist Field seen from the concourse behind home plate.

Achieving that success opened the door to another opportunity for the Durham Bulls—the 2021 Triple-A East League Championship.