Dodgers 4, Rays 2: Chances aplenty; runs not so much 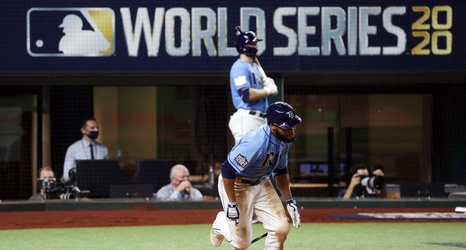 Less than 24 hours off their historic and endlessly memorable Game 4 victory, the Tampa Bay Rays took the field once again, looking to take go ahead in the series for the first time. The game was a rematch of the Game 1 starters, with Tyler Glasnow and Clayton Kershaw squaring off.

During the pre-game coverage, FOX noted that Glasnow and the Rays had watched film of his Game 1 start and decided that he had been over-rotating, leading in part to his six earned run outing five days ago.

At the start, it appeared that this note may have made no difference, as the Dodgers were up 1-0 before you could ask “does game-to-game momentum exist in the postseason?