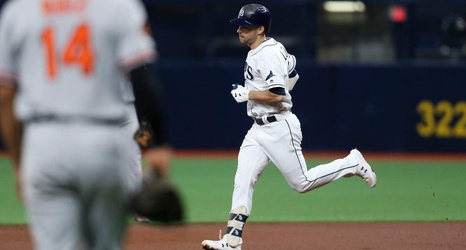 BALTIMORE — Rookie infielder Brandon Lowe is not ready to give up on playing again this season.

Especially if the Rays can make it to the postseason.

Lowe is sidelined for the rest of the regular season after straining his left quad on Wednesday playing for Triple-A Durham in the final stages of rehabbing the bruised right leg injury that had kept him out of action since early July.

In comments released via the Rays, Lowe said Friday he will work hard to return to action in October.

"After working my butt off to come back and being only a couple days away from returning, it’s extremely frustrating to hit this setback,'' Lowe said.