About those Rays Players Weekend nicknames ... 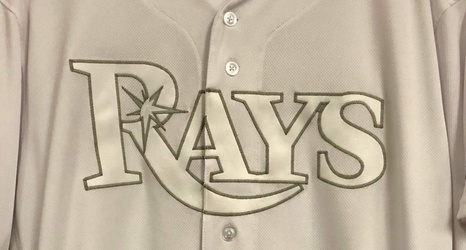 MLB’s Players weekend aims to allow players to express themselves this weekend, and the Rays will do just that.

Not only will they wear monochromatic white jerseys — the Orioles had first choice and opted for black — but the players will sport nicknames on their jerseys.

Here’s a primer on what the Rays will bring to the diamond.

Some of the nicknames the Rays players will be sporting this weekend are fun, such as Emilio Pagan using EMILIOOOO from the movie scene in A Night at the Roxbury; Travis d’Arnaud’s LITTLE “D” playing off his name; Mike Brosseau’s FRENCHY because that’s what coach Ozzie Timmons calls him since he can’t pronounce his name; Oliver Drake’s BUCKO, which was a childhood name; and Jesus Aguilar’s EL CAUSA, which he said is Venezuelan slang for a good buddy.