Vasilevskiy. That’s it. That’s the recap. 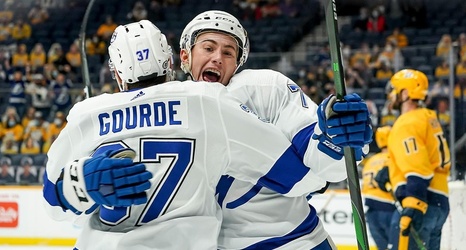 Andrei Vasilevskiy made 36 saves and Ross Colton scored his 7th goal of the season as the Tampa Bay Lightning defeated the Nashville Predators 3-0 on Saturday Night. Erik Cernak and Yanni Gourde also scored for the Lightning while Pekka Rinne made 31 saves on 33 shots.

Lightning were playing down a player after putting Jan Rutta on LTIR and it kind of showed in the first period. “We’re not making it hard for them to enter” quipped Jeff Halpern after the first twenty minutes. He could have added that the Lighting didn’t do much to get them out of the zone once the Predators were there.