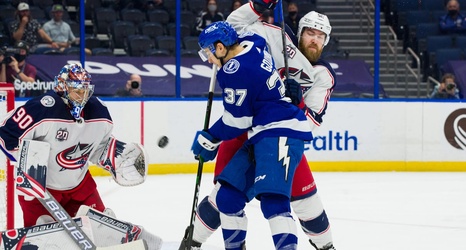 On Saturday, the Tampa Bay Lightning added to their roster as they traded for Columbus Blue Jackets defenseman, David Savard. A big (6’2”, 233 lbs.) defensive blueliner, Savard will help fill the gap caused by injuries on the right-side of the defense. In return, Columbus receives Tampa Bay’s 2021 first-round pick and their 2022 third-round pick. A third team, the Detroit Red Wings, was involved as well. The Lightning acquired Brian Lashoff and sent a 2021 fourth-round pick to Detroit.

That was the result of basically three separate deals done at the same time for salary cap reasons.