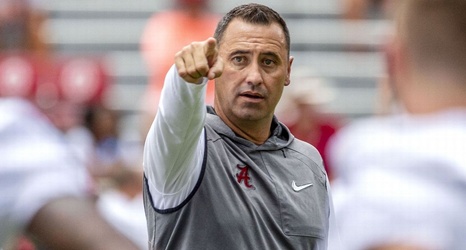 Alabama offensive coordinator has been the new head football coach of the Texas Longhorns, the school announced Saturday.

He will succeed Tom Herman, who was let go earlier Saturday after going 32-18 in four seasons at Texas and 7-3 this season.

"Steve Sarkisian is one of the top offensive minds in the game of football, which he has proved over and over during his time with USC, Atlanta, and most recently, Alabama," Texas athletic director Chris Del Conte said in a statement. "We are confident our players and coaches will thrive under his leadership and in response to his energy and passion for the game.