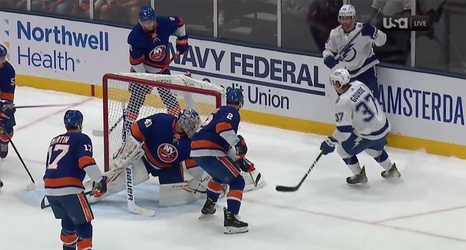 The Tampa Bay Lightning have remembered how to beat the New York Islanders after taking Game 2 by a score of 4-2 and now winning Game 3 last night 2-1. Yes, the high-flying offensive team can win close, low-scoring games. They did it last year, too. Okay, enough bragging, let’s talk about the game.

Yanni Gourde scored in the first period to open the scoring, and minutes after the Islanders tied it, Brayden Point came clutch at the end of the second with another goal for the first line, scoring the game-winner. The Lightning shut down the third period, Andrei Vasilevskiy made 27 saves on 28 shots, and the Lightning won 2-1 to take an identical lead in the best of seven series.