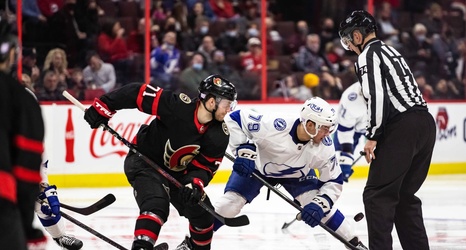 The Tampa Bay Lightning are finishing their five-game road trip and are very close to making it perfect, as they’ve won four previous games. The Ottawa Senators are the only team, which stand between them and this possibility

The Lightning’s line-up will again be far from optimal in tonight’s game. Jon Cooper confirmed yesterday, that Erik Cernak, who missed last couple of games with lower-body injury, isn’t expected to return until Christmas.