Tampa Bay Lightning at Nashville Predators: A matchup with the hottest team in the NHL 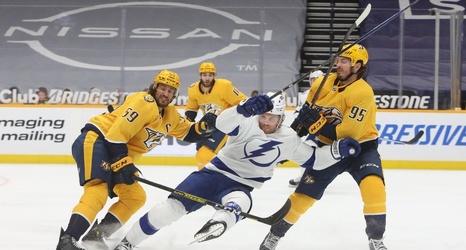 The Tampa Bay Lightning’s recent scoring slump ended on Thursday as the team scored more than three goals in a single game for the first time in ten games. Tonight, the Lightning await a matchup with the hottest team in the NHL right now – the Nashville Predators.

About a month ago, many people (myself included) had completely wrote the Predators out of this season’s playoff race. The team was overflowing with injuries and was sitting at the second worst place in the Central Division.