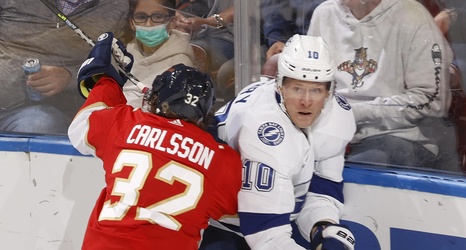 The Tampa Bay Lightning are coming off of a sequence of two strong games, where the Bolts outscored their opponents 14-3. With just four games left before the start of playoffs, the Lightning seem like they’re heading into the postseason in good shape and have finally solved their issues. Tonight’s game will be another challenge for the Lightning’s playoff form as they’re facing the Florida Panthers — a team currently running with a 13-game winning streak.

Brayden Point, who unexpectedly missed the game against the Leafs, returned to the lineup yesterday, but the Lightning lost Pierre-Edouard Bellemare.