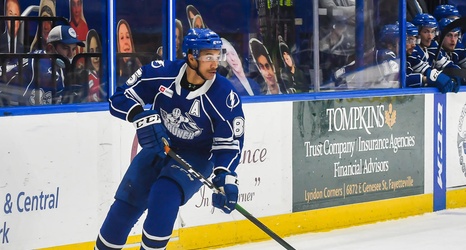 The Syracuse Crunch have two games this week, starting tonight in Rochester. The Crunch have a chance to pass the Amerks for fourth in the North Division, so that’s the goal this week. On Saturday, the Crunch hope to play against the Utica Comets for the first time since February 27th. The Comets have only played nine games this season (the Crunch have played 15) as they’ve been shut down in COVID-19 Protocol for the past few weeks. We’ll know on Friday if the game gets to go on.

In roster news for the Crunch, the team has acquired several NCAA prospects from their NHL affiliates.