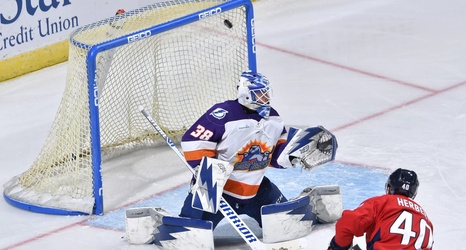 After a 3-in-3 weekend sweep of first place Florida, the Orlando Solar Bears were awarded with a light week on the ECHL schedule, only playing two contests against the Everblades and South Carolina.

With the reigning ECHL Goaltender of the Week repeating his title, and the top line coming through yet again, the team took 3 out of 4 points on the week and moved into third place in the shortened Eastern Conference race.

For the second straight week, goaltender Clint Windsor was named the Warrior Hockey/ECHL Goaltender of the Week.