Solar Bears Week in Review: Welcome to the basement 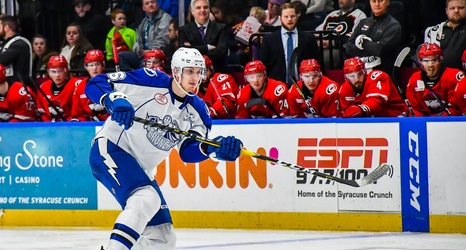 It was a light week for the Orlando Solar Bears, as they only had two games sandwiched around the Thanksgiving holiday. However, with a dried up offense, the team was unable to grab any points, and now find themselves at the bottom of the South Division standings.

-After spending a month in Syracuse and only appearing in one game in early November, Oleg Sosunov was reassigned to Orlando on Tuesday.

-On Saturday, defenseman Taylor Doherty was traded to Fort Wayne for future considerations. Additionally, the team released forward Lucas Kohls who appeared in 3 games, from his contract.