Question of the Week: Anthony Cirelli or Mikhail Sergachev 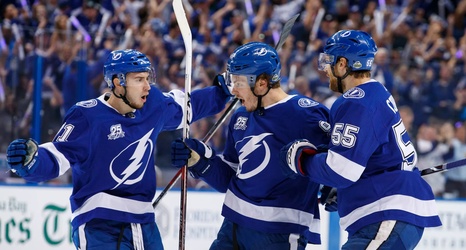 The offseason, that beautiful time of year when there really isn’t much going on so we’re forced to speculate, ruminate, and flat-out create discussion and controversy. For today’s question we’re heading into the hypothetical arena to deal with a real life problem facing Julien BriseBois.

He has two rather important Restricted Free Agents that he has to sign, Mikhail Sergachev and Anthony Cirelli. Both young players have exceeded expectations and contributed greatly to the team’s success over the past two seasons. That’s excellent for winning games, but puts them on the radar of other teams.