NHLPA advises players not to participate in qualifiers for Winter Olympics 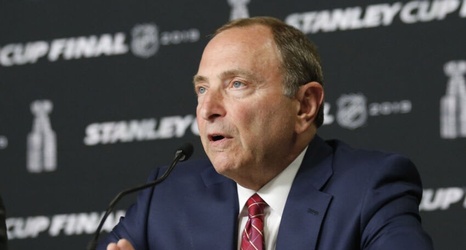 May 27, 2019; Boston, MA, USA; NHL commissioner Gary Bettman speaks at a press conference before game one of the 2019 Stanley Cup Final between the Boston Bruins and the St. Louis Blues at TD Garden. Mandatory Credit: Winslow Townson-USA TODAY Sports

With the 2022 Winter Olympics in Beijing in February, the NHL schedule currently hosting a two-week stoppage for the Olympics, a decision needs to be made sooner rather than later.

As reported by Larry Brooks of the New York Post, the NHL Players Association will not be paying players COVID-19 insurance at the Olympic qualifying games or the Olympics itself.