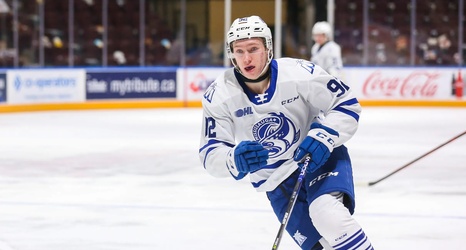 Look, we know the deal. There is probably a 67% chance that the Tampa Bay Lightning have traded this draft pick well before they’re scheduled to pick late Thursday night. Heck, there’s a 19% chance they’ve traded it by the time this post is published. Julien BriseBois knows that the value of a late first round pick isn’t that much different than a second round pick, and if he can get a little extra from a team looking to jump back into the first round, he’s going to get it.

However, for the purposes of entertainment, it’s more fun to imagine just who the Lightning might draft with the pick as opposed to saying they’re trading if for a 2022 second round pick and a 2024 third rounder.