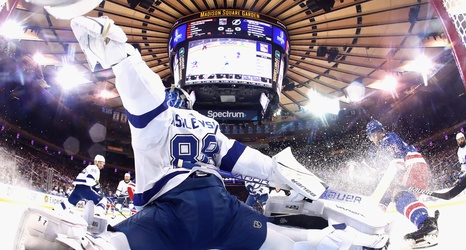 The Lightning have put themselves in a position to advance to their third consecutive Stanley Cup Final. Now, as Coach Cooper likes to say, they have to pick up the toughest win of any series - the fourth one. Despite the fact that he acknowledges that they are tough, the Lightning have been pretty good at picking them up.

This season they are 2-0 when having a chance to eliminate their opponent.