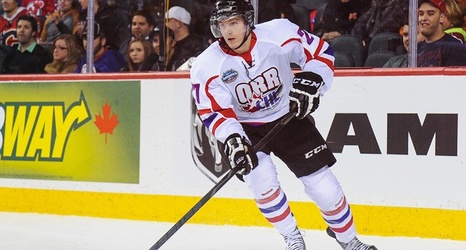 Thomas, 6-foot-2, 180 pounds, began the 2015-16 season with the Calgary Hitmen of the Western Hockey League. He recorded three assists in 14 games with Calgary prior to being traded to the Vancouver Giants, also of the WHL, on October 27. Thomas skated in 60 games with the Giants, registering eight goals and 25 points with 40 penalty minutes. He led all Vancouver defensemen for goals and ranked second for assists and points.

See full article at Official Site of the Lightning