Lightning Round: Steven Stamkos on LTIR, out until May 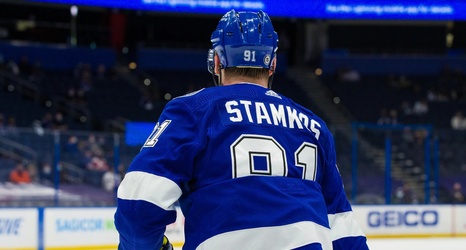 Yesterday, the Tampa Bay Lightning placed captain Steven Stamkos on Long-Term Injured Reserve (LTIR) retroactive to April 9th. This means that he is unavailable until May 5th, four games before the end of the season. Stamkos has 17 goals and 34 points in 38 games this season, tied for 15th in the league in goals. He’s also second in the league in power play goals.

With the LTIR retroactive to April 9, Steven Stamkos - who already missed three games - not eligible to return until May 5. https://t.