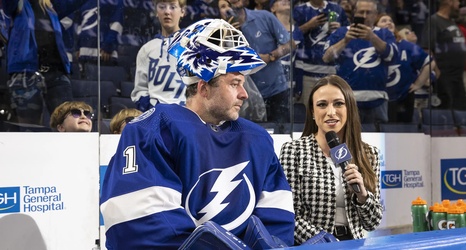 On Saturday Brian Elliott turned 37-years-old. On Sunday, he posted his first shutout as a member of the Tampa Bay Lightning. It was yet another strong start for the backup netminder who has now posted an 8-3-3 record in his first season as Andrei Vasilevskiy’s running mate. In doing so, he became the 26th netminder in franchise history to blank an opponent.

Thanks to our friends at the Lightning, along with some extra research, here are some fun facts about the shutout.

- It was Brian Elliott’s 43rd career shutout. With 43 shutouts he has the third most among goalies that were drafted in 2003.