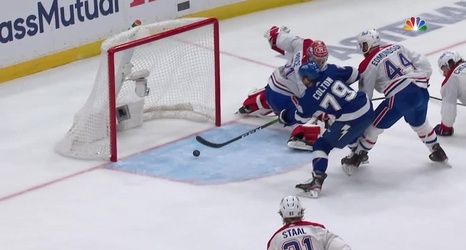 After five series went to Game 7 during the first round, the second round doesn’t seem that close, especially in the East. On Thursday night, the Tampa Bay Lightning stole a victory in the last seconds of third period against the Florida Panthers, improving to 2-0 in the series. Yesterday, the Carolina Hurricanes defeated the New York Rangers for the second time in a row, making it also 2-0. While the Lightning took a commanding lead in the series ahead of two home games, the Canes will play two next games on the road, where they struggled in the previous round, losing all three games against the Boston Bruins at TD Garden.