Lightning Round: A solid win gets the Bolts back on track 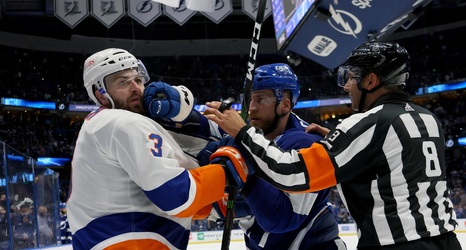 Prior to Game Two, Lightning head coach Jon Cooper talked with the media about Tampa Bay’s performance in the opening game. He acknowledged that the Islanders are a tough team, which had a little to do with some of the issues that the Bolts had throughout the day. He also mentioned that the Lightning didn’t do enough to make New York’s day miserable.

Based on the performance by the Bolts on Tuesday night, it wasn’t a message just for the media, but something the coaching staff preached to the team for the last two days. Almost from the beginning the Lightning were in the faces of the Islanders (led, of course, by Patrick Maroon and Yanni Gourde’s line).