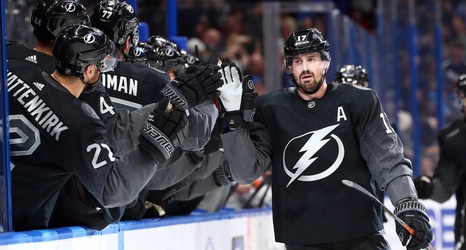 Tampa Bay was run out of their building for the first 15 minutes of the opening period against the Montreal Canadiens. It took the Lightning over 12 minutes to register their first shot on goal and by that point, they were already trailing 2-0. It looked as though the holiday break had lulled Tampa Bay into a sleepy return, until Alex Killorn scored with under a minute left in the period to give the Lightning a momentum shift entering the second.

They took that momentum en route to a four goal outburst as Steven Stamkos (his 800th NHL point!