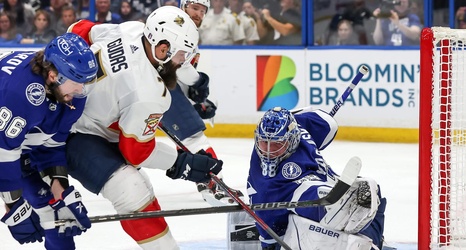 Was there ever any doubt how this game would end? Down a goal and the Florida Panthers needing a power play goal to tie it. A power play that has vexed them all post season as they converted just one of their thirty previous chances. For the next two minutes it was the Tampa Bay Lightning flinging themselves in front of the puck and Andrei Vasilevskiy stopping the few shots that went through. Nothing crossed the goal line except for Mikhail Sergachev who scrambled behind his goaltender to add an extra layer of defense. As the power play expired, Ondrej Palat tapped a long clearing pass into the empty net and it was over.