Lightning defeat Islanders 4-2 to even series 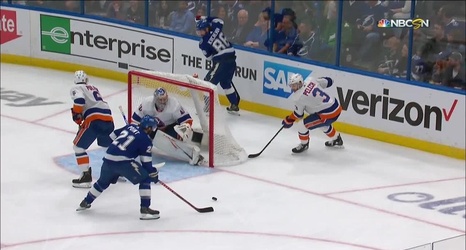 The Tampa Bay Lightning continued their run of success following a loss as they defeated the New York Islanders 4-2 in Game Two of the semifinal round. They are now 11-0 following losses over the last two playoff runs. Brayden Point, Ondrej Palat, Jan Rutta, and Victor Hedman scored for the Bolts while Andrei Vasilevskiy made 24 saves. Brock Nelson and Mathew Barzal scored for the Islanders.

The game started off with much more intensity than the first match-up as Patrick Maroon and Scott Mayfield were sent off just three minutes into the period due to some aggressive stickholding that turned into a wrestling match and some harsh words.