Crunch Corner: The winning streak is over 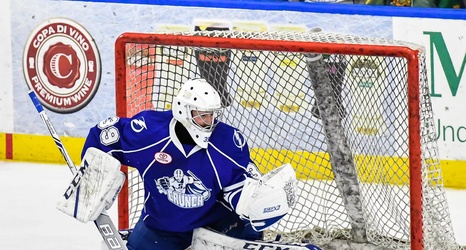 The Syracuse Crunch had three games this week and for the first time in awhile they didn’t make a clean sweep of it. After beating Binghamton for the millionth time this season on Wednesday, they beat fellow New York team Rochester on Friday before succumbing to the southernmost-most team on their schedule - the Charlotte Checkers on Saturday.

Still, the two wins were enough to bump the Crunch over the 90-point threshold and have them on the verge of clinching home-ice in the first round of the Calder Cup playoffs. They currently sit ten points up on third place Rochester and 11 points up on fourth place Utica with six games remaining for each team.