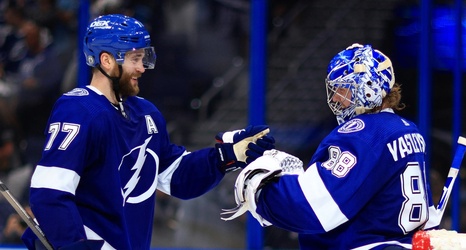 The NHLPA released their annual NHLPA Player Poll. This has been something the NHLPA has done for a while now, and this year almost 500 players took part in the polling. I always find these very interesting because you’re getting the collective opinions about players directly from their peers, the guys they face on the ice night in and night out. While we still may disagree with some of the opinions the players hold, it’s still an interesting look at the reputations that players have among each other. Let’s take a look at which Lightning players appeared in the poll results

Who is the best defenseman?