Will Brady Take The Bucs To Their First Playoffs In 13 Years? 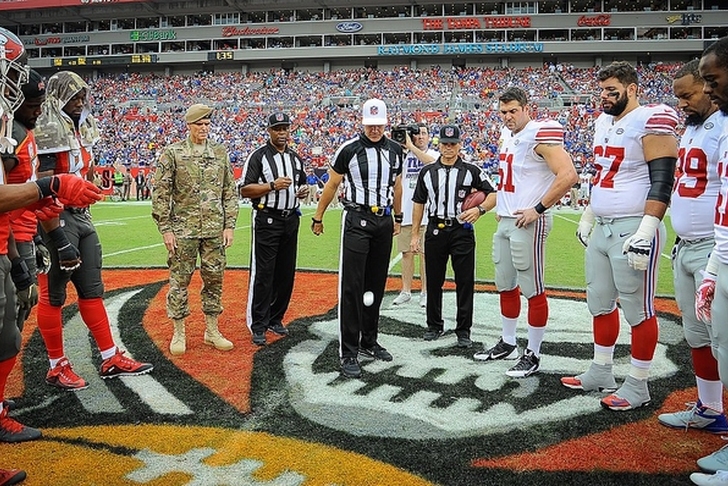 Things are looking good for the Tampa Bay Buccaneers as for the first time in franchise history, they have an elite quarterback. After signing Tom Brady, the 6-time Super Bowl winner for the New England Patriots, the Bucs are now among the top contenders for Super Bowl LV.

The last time Tampa Bay reached the playoffs was in 2007, and the last time they won the Super Bowl was in 2002 with Brad Johnson as the starting quarterback. In that same time-span, Brady has racked up 27 postseason wins, 16 AFC East titles, and 6 Super Bowl wins.

Now that he has moved from one of the highest ranking franchises today for one of the least, Brady has created a hype that the Bucs have never seen before, effectively raising the bar high and putting them directly in Super Bowl conversations.

But before we go that far, the big question is this. With Tom Brady on their side, can Tampa Bay really make it to the playoffs for the first time in 13 years?

Let’s take a look at the odds and what they have in their arsenal to see if it’s a good bet.

Buccaneers Odds for Making the Playoffs
Tom Brady is one of the most reliable players in the NFL. As one of the most successful quarterbacks in NFL history, the 43-year-old has never had a losing season in his entire career, and the only time he has ever missed the playoffs was after a Super Ball win.

The Bucs are now enjoying the highest expectations in 2020 for any team that has missed playoffs in the past. In fact, top NFL playbooks have them as favored contenders to make the playoffs this season.

The sports book providers such as comeon.com has the Bucs at ⅓ to make the playoffs, and at 14/1 to win the Super Bowl. With only 4 teams (Chiefs, Ravens, 49ers, and Saints) ahead of them, it looks like the 2020 NFL season is going to be a good one for Bucs fans.

The only question that remains now is, should you bet on it?

Buccaneers Playoffs Performance Predictions
Tom Terrific’s arrival to Tampa Bay has not only brought them his incredible skill, decision-making and win consistency.

He also convinced his friend, and future Hall-of-Fame tight end, Robert Gronkowski to come out of retirement and trade from the Patriots to the Buccaneers. With Tampa retaining O.J. Howard, and Cameron Brate, Brady now has 3 skilled TEs that he can target.

Add to this Mike Evans, the 6’5” star wide receiver who is highly skilled and possesses a distinct advantage in size and strength over all his defenders, as well as the 24 year-old prodigy Chris Godwin, it’s safe to say that the Bucs have quite a formidable offensive arsenal.

While there are still some questions about their defense, Coach Bruce Arian’s pedigree in working with elite level quarterbacks is definitely an advantage. Since 1989, the two-time NFL coach of the year has had a winning track record, and consistently puts quarterbacks in successful positions.

With Brady in command and such talent at his disposal, the Buccaneers certainly have quite an edge - and just might make the playoffs this year!