WATCH: Highlights From The Buccaneers' 17-14 Win Over The Panthers 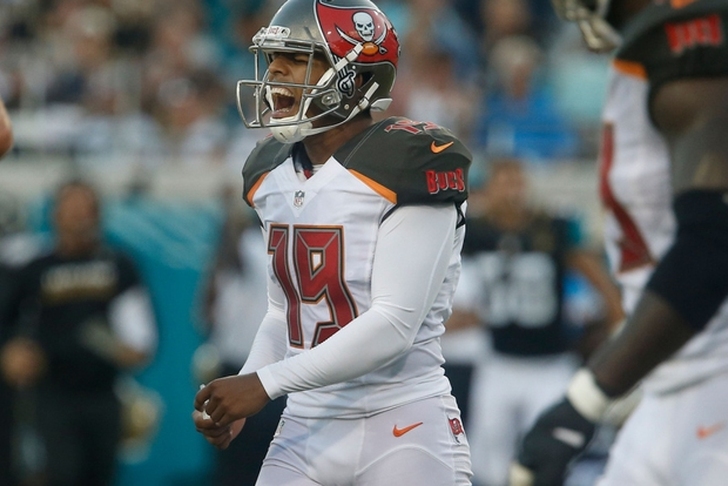 It wasn't always pretty, but the Tampa Bay Buccaneers found a way to get their second win of the season in a 17-14 win over the Panthers. They only got into the end zone one time, but Roberto Aguayo knocked in three field goals, including the game-winner.

After going up 6-0 at halftime, the Bucs gave up two touchdowns at the start of the third quarter. However, Tampa Bay responded quickly, and Jameis Winston tied the game with a 26-yard pass to Mike Evans:

It looked like the Panthers were going to take the lead again late in the 4th quarter, but Brent Grimes came up with an outstanding diving interception in the end zone.

Tampa Bay found a way to get into field goal range for a last-second field goal attempt, and Roberto Aguayo delivered:

Follow our Tampa Bay Buccaneers news page for all the latest Bucs news!