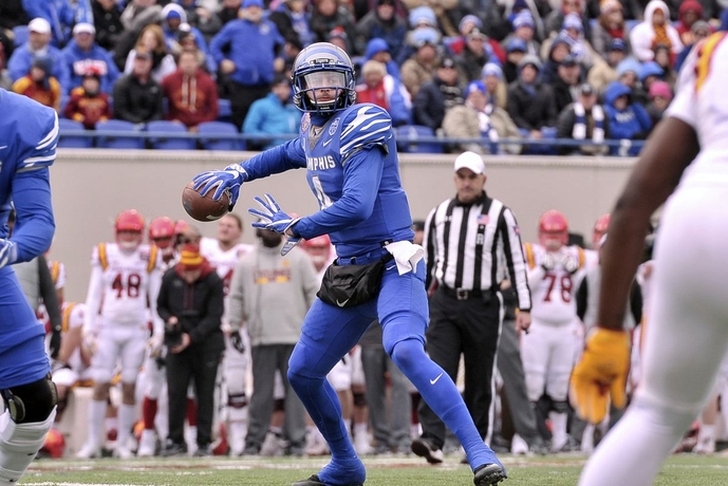 The 2018 NFL Draft is complete and the Tampa Bay Buccaneers have already landed a few coveted undrafted free agents. NFL teams start trying to sign these UDFAs the second the draft ends but most moves become official this week.

We have every player the Bucs have signed below.

It's a relatively small group for the Bucs, although they might not be done yet.

Perhaps the most notable player on the list is Memphis quarterback Riley Ferguson, who began his career at Tennessee before transferring. He put up great stats in both seasons as Memphis' starter, throwing for 7,955 yards with 79 touchdowns and just 19 interceptions in 26 starts.

Austin Allen is another quarterback the Bucs are trying out as it's clear they're trying to find some younger depth behind Jameis Winston.

Tight end was the other position Tampa Bay is trying to add depth to, shown by them signing three notable tight ends (Brian Bridgewater, Donnie Ernsberger, and Jason Reese) in this group.