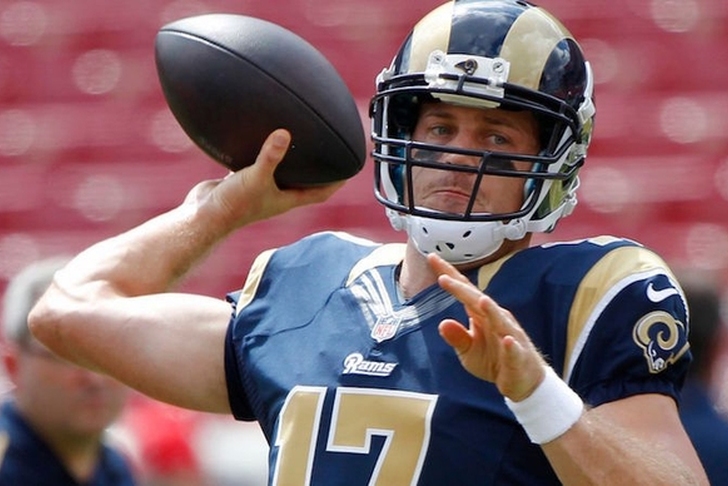 After a Week 13 win over the Atlanta Falcons, the Tampa Bay Bucs were in the thick of the NFC Playoff chase at 6-6. Just eleven days later, the Bucs are on the verge of elimination after back-to-back losses -- the latest coming in a 31-23 road defeat at the hands of the St. Louis Rams on Thursday Night Football.

Tampa will need one loss by either the Seattle Seahawks (vs. Browns) and Minnesota Vikings (vs. Bears) this week to keep any mathematical hope alive for a playoff spot. On the flip side, St. Louis (6-8) strengthened its slim playoff hopes tonight and will be looking for the same outcomes.

The Bucs scored just three points in a first half marred by bad decisions and three-and-outs -- tied for their worst scoring output in a first half this year. Rookie QB Jameis Winston couldn't get out of the blocks during the first 30 minutes, looking out of sorts while passing for a season-low 49 yards in the half. Oddly enough, Winston finished with a career-high 363 yards passing with a valiant 300-plus yard effort in the second half.

Down 21-3 at the break, the Bucs closed in on paydirt in the early third quarter before a costly delay of game penalty forced them to settle for a field goal. St. Louis (6-8) effectively closed the door on the next possession, capping off a seven-play, 83-yard drive with a 21-yard Tavon Austin touchdown run to make it 28-6. Tampa would find the end zone twice in the fourth to cut the deficit to eight, but it was too little, too late for Tampa.

The aforementioned Austin scored twice on the night, including catching one of QB Case Keenum's two touchdown passes. In a season marred by awful quarterback play, Keenum's performance was a revelation for the Rams. He finished 14-of-17 for 234 yards, two touchdowns and zero interceptions. With Keenum in sync, the Rams looked every bit the playoff contender many pegged them to be before the start of the season.

The Buccaneers suffered a deflating 24-17 home loss to the New Orleans Saints this past Sunday, sending them to the fringes of the playoff picture heading into tonight's game. With nothing going on offense until late on Thursday, Tampa is now all but eliminated from postseason contention.

Tampa will look to bounce back next Sunday when they host the Chicago Bears. St. Louis will have a tough task in their quest to win a third straight, heading to Seattle for a game that same Sunday.