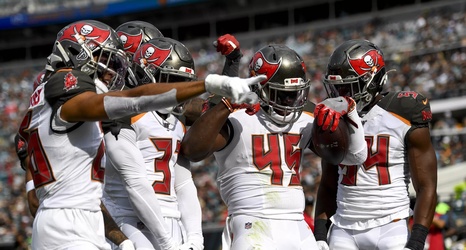 Well, this is...different. For the first time this season we’re talking about the Buccaneers winning back-to-back games. With a dominant defensive performance in the first half and opening a 25 point lead by halftime, the Buccaneers did enough to leave Jacksonville with a 28-11 win and put themselves in second place in the NFC South.

The story of the day was not just the defense, but rookie Devin White having the best performance of his career thus far. More on that later.

Still some problems to clean up, but another overall solid performance from the Buccaneers as they now prepare to play their second AFC South team in a row with the Colts coming to town Sunday.