Why Ndamukong Suh was worth bringing back 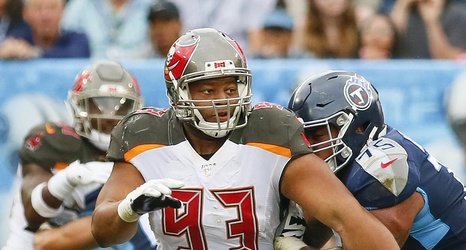 On March 25th of this year, Ndamukong Suh re-signed a 1-year $8 million dollar contract with the Tampa Bay Buccaneers. Since then, there has been a lot of speculation as to whether or not he is worth what he is being paid.

A lot of naysayers cite that his statistics weren’t worth the signing and that he is a washed up version of his former self. Those that defend him, usually state that he brings a lot more to the team that just stats. Now, what does that mean exactly? Usually, when people use this argument, they are showing their biases and using a vague argument to justify their happiness with the signing.