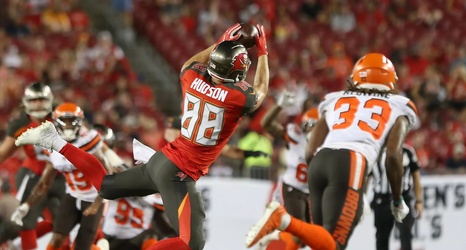 Hudson (6-5, 239) originally entered the league as a college free agent with the Buccaneers during the 2018 offseason and has split time between the team’s active roster and practice squad from 2018-20. The Southern Arkansas product has played in 10 career games with Tampa Bay, making two receptions for 26 yards. A native of Camden, Tennessee, Hudson wears No. 88 for Tampa Bay.