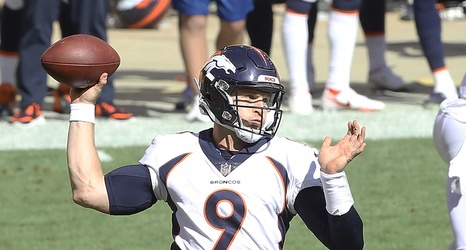 Join Evan and Bailey as they’re joined by Ian St. Clair and Adam Malnati of SB Nation’s Mile High Report to break down the Week Three matchup between the Tampa Bay Buccaneers and the Denver Broncos.

Denver has suffered a plethora of injuries. Four Pro Bowlers plus Drew Lock are currently missing from the roster and won’t play in Sunday’s contest. Despite the injuries, the Broncos have been just a few plays away from beating the Tennessee Titans and Pittsburgh Steelers.