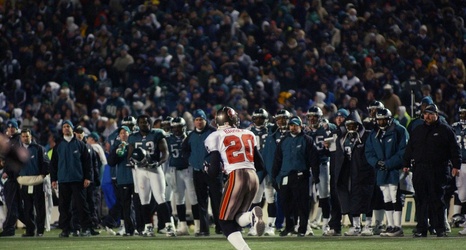 The Buccaneers announced in May that the legendary Ronde Barber will be the next inductee into the franchise’s Ring of Honor at Raymond James Stadium.

The should-be Hall of Famer, who spent all 16 years of his career with the Bucs, is the only player in NFL history to put together a career with 40 interceptions and 25 sacks (he finished with 47 and 28, respectively). He was a five-time Pro Bowl selection, a three-time first-team All-Pro and a two-time second-team All-Pro. And of course, he was a Super Bowl champion.

On Tuesday afternoon, Barber met with members of the Tampa media — with team alumni on hand as well — to discuss his induction, which will happen on Sept.