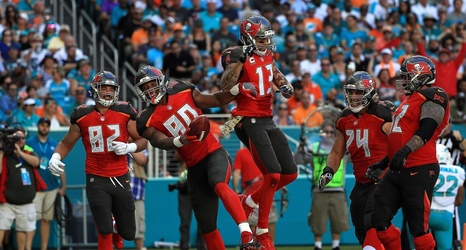 Every offseason brings in new faces and sees familiar ones find new homes. This current offseason we have seen the Tampa Bay Buccaneers go under a massive face lift. The longtime face of the franchise in Gerald McCoy has been released, veteran wide receivers Adam Humphries and DeSean Jackson have both moved on to new homes, and middle linebacker Kwon Alexander is now a San Francisco 49er.

All of these players had potential to crack into the top-five players on the Buccaneers’ roster, but now they are top talents for other teams.