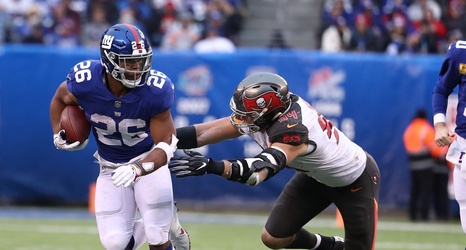 The Eli Manning era appears to be coming to an end in New York as Daniel Jones has been named the new starter for the New York Giants. Jones looked consistent in the preseason and outplayed the initial draft outrage that many Giants fans showed the night and subsequent weeks after his name was called at sixth overall. Jones will be looking for his first win as a starter and the first win for the Giants this season, but he wont be finding it this week in Tampa Bay.

The Buccaneers outclass the Giants on both sides of the ball, just as they did a year ago.