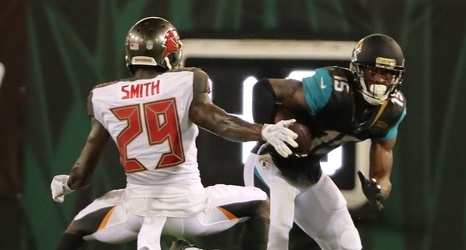 It is a great thing the Tampa Bay Buccaneers invested heavily in the secondary this offseason as 2016 fourth round defensive back Ryan Smith has been suspended the first four games of the 2019 season for violating the league’s policy on the use of performance-enhancing drugs. Smith is entering the last year of his rookie contract, and this suspension could spell the end of his tenure in Tampa Bay.

This is not an ideal start for a player who would be entering training camp on the roster bubble as we sit now. While he is allowed to participate in training camp and the preseason, the Buccaneers may not be able to warrant a roster spot to a reserve player like Smith.