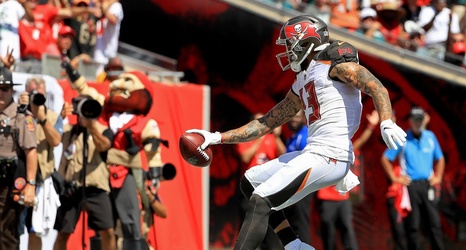 If it had not been for the running backs on the Buccaneers’ roster, Barnwell would have ranked their supporting cast much higher. However, with the “league’s worst running back corps,” he dropped the Buccaneers all the way to the 14th position in the league.