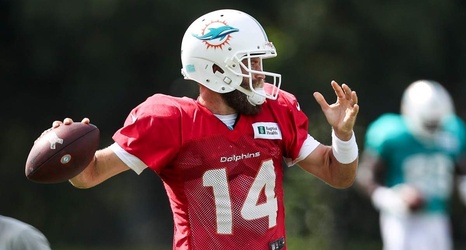 TAMPA — Ryan Fitzpatrick is with a new team, playing for a new coach in a new city. But for some young, unsuspecting quarterback, it’s about to be the same old story.

That’s because when opportunity knocks, Fitzpatrick doesn’t open the door as much as try to disengage it from its hinges.

The vagabond veteran looked as out of place with the Miami Dolphins Tuesday as his winter beard in the Florida sunshine.

But as Fitzpatrick took reps with the first team, quarterback Josh Rosen waited and wondered when the 36-year-old, playing for his eighth NFL team in 15 years, might step aside and let him take control.