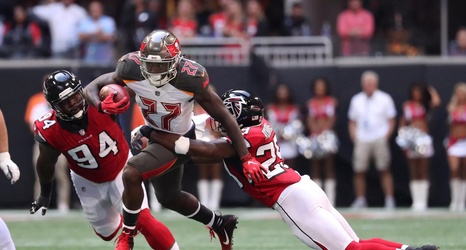 If the Buccaneers offense is really going to take off under Bruce Arians, a key component to that will be last year’s second-round pick Ronald Jones.

As a rookie in 2018, Jones was a huge disappointment for a team who had high hopes for the former USC Trojan. Now, some of the disappointment stemmed from poor usage by the old staff and not playing to Jones strengths, but there is some blame to go around that lands on his shoulders directly.

We heard several times that he wasn’t studying the playbook as much as he should have been and as a result his confidence wasn’t where it needed to be during his rookie season.