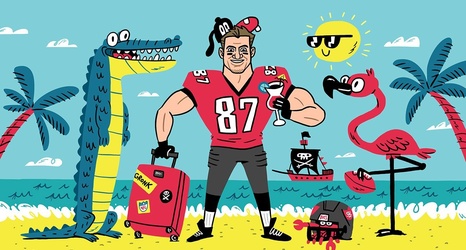 We know Florida Man as a popular meme that mocks the bizarre, at times inconceivable behavior that seems to epitomize the state. But human beings are so much more complex than that. So what, exactly, is a Florida Man? We think a Florida Man is adventurous. Zany. Unencumbered.

We think a Florida Man is Rob Gronkowski -- which is perfect, because Rob Gronkowski is now, well, a Florida man. The New York product, Arizona alum and former New England Patriots star has joined the Tampa Bay Buccaneers, giving the All-Pro tight end some new terrain to explore.