Report: Bucs expected to “reset their sights” at the quarterback position 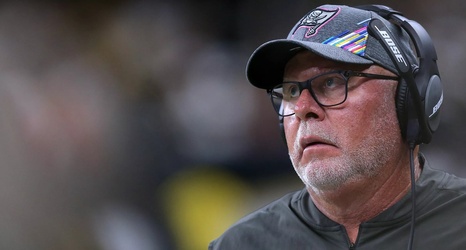 When the Buccaneers and Titans drafted Jameis Winston and Marcus Mariota with the first and second picks in the 2015 NFL Draft, both teams thought they had found their franchise quarterbacks.

Well, a little over a week from now, Mariota will likely be sitting on the bench when the Titans host the Bucs. Winston will probably still find himself playing and starting, but it may be the first of his last 10 games with the franchise that drafted him.

According to Bleacher Report’s Mike Freeman, “several front office sources” have told him that the Bucs - and the Titans - are expected to “reset their sights” at the quarterback position.