Raymond James Stadium will retain its name for another 12 years 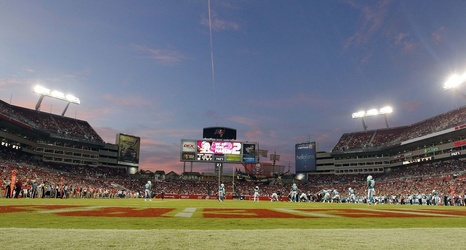 The Tampa Bay Buccaneers and Raymond James Financial have extended their naming rights deal for the Bucs' stadium for another 12 years, the team has announced. The stadium will be called Raymond James Stadium through at least the 2027 season.

"It is rare in today’s business climate to form the type of long-lasting partnerships that can endure the test of time," Buccaneers co-chairman Bryan Glazer said. "By the end of this extension, our partnership with Raymond James Financial will have reached 30 years. That type of long-term approach has defined our relationship to this point and will serve as the foundation for the years to come.