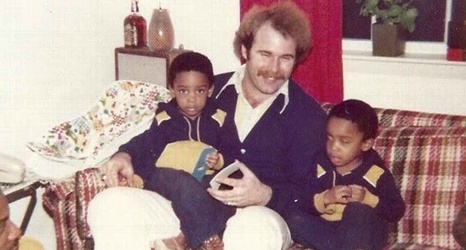 TAMPA, Fla. -- The Tampa Bay Buccaneers will induct cornerback Ronde Barber into the team's Ring of Honor during halftime Sunday, joining the likes of Lee Roy Selmon, Derrick Brooks and Doug Williams in having his name etched inside Raymond James Stadium. Barber played for the Bucs for 16 seasons (1997-2012) and has the most interceptions (47), passes defensed (197) and defensive touchdowns (eight) in team history.

Here's a collection of stories from the people who know him best -- including a tale from Barber himself.

'He's got some really ugly pictures of me with bad hair'

Ronde and his twin brother, Tiki, had a famous babysitter: none other than Bucs coach Bruce Arians, who was a roommate of Barber's father, James, while at Virginia Tech.