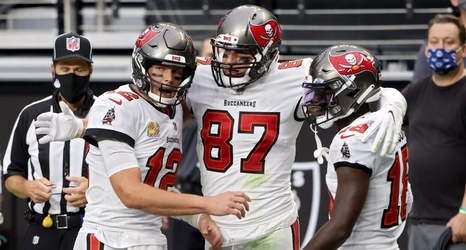 - QB Tom Brady completed 33-of-45 passes for 369 yards and five total touchdowns. His four passing touchdowns on the day pushed his career total to 559, surpassing Drew Brees (558) for the most in NFL history.

- The veteran quarterback has now accumulated 94-career 300-yard passing games in his career, surpassing Peyton Manning for the second-most in NFL history.