JPP back on the sidelines at Buccaneers practice 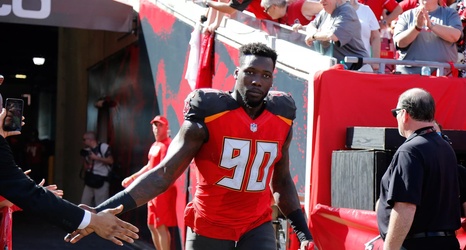 After being absent for all of training camp due to a neck injury sustained in an off-season car crash, Jason Pierre-Paul has made his return to the sidelines of Buccaneers practice.

Here’s a new face: Bucs OLB Jason Pierre-Paul is watching practice today. Still a while off recovering from neck fracture from May car accident. pic.twitter.com/XGoYPMaMzi

JPP was also spotted at Raymond James stadium on Friday night for the game against the Browns, but either way his return to the practice field sideline is another step in the right direction.