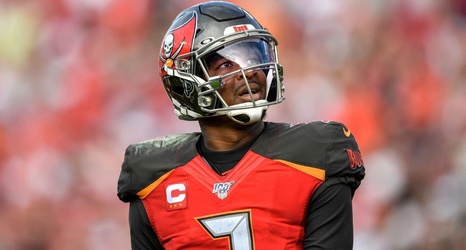 TAMPA, Fla. -- While his status with the Tampa Bay Buccaneers going into next season remains up in the air, quarterback Jameis Winston has taken steps to correct his nearsightedness, recently undergoing LASIK surgery, a source confirmed to ESPN.

The source added that the surgery was Winston's idea, not the team's, and he's thrilled with the results.

Speculation about the surgery began when Winston posted a photo of himself on Instagram wearing optometry glasses with the caption, "They know!!!!"

The Tampa Bay Times was first to report Winston's surgery.

Winston has struggled with nearsightedness throughout his career.